Humphrey Farms, Inc. is committed to showcase and support local farmers and small businesses by offering a venue where locals and visitors can purchase locally grown, organic, fresh produce. In addition, all manufactured and crafted merchandise are of high quality, reasonably priced, and locally sourced.

Humphrey Farms, Inc., is a family-oriented agritourism destination where both tourists and the local community can enjoy everything local at its best. This historic farm has been family owned and operated by the Humphrey family for generations. Located in Burgaw, North Carolina it is a popular local and tourist spot that has much to offer and where the whole family can have a good time.

Humphrey Farms, Inc has an “All things local” store called the Trading Post showcasing organic fresh produce, quality merchandise and artwork crafted by local artisans and talented craftsman. Our upstairs is Christmas year-round with a plethora of Christmas decor for you to choose from. The Trading Post in Pender County is a renovated tobacco barn with an old rustic look. 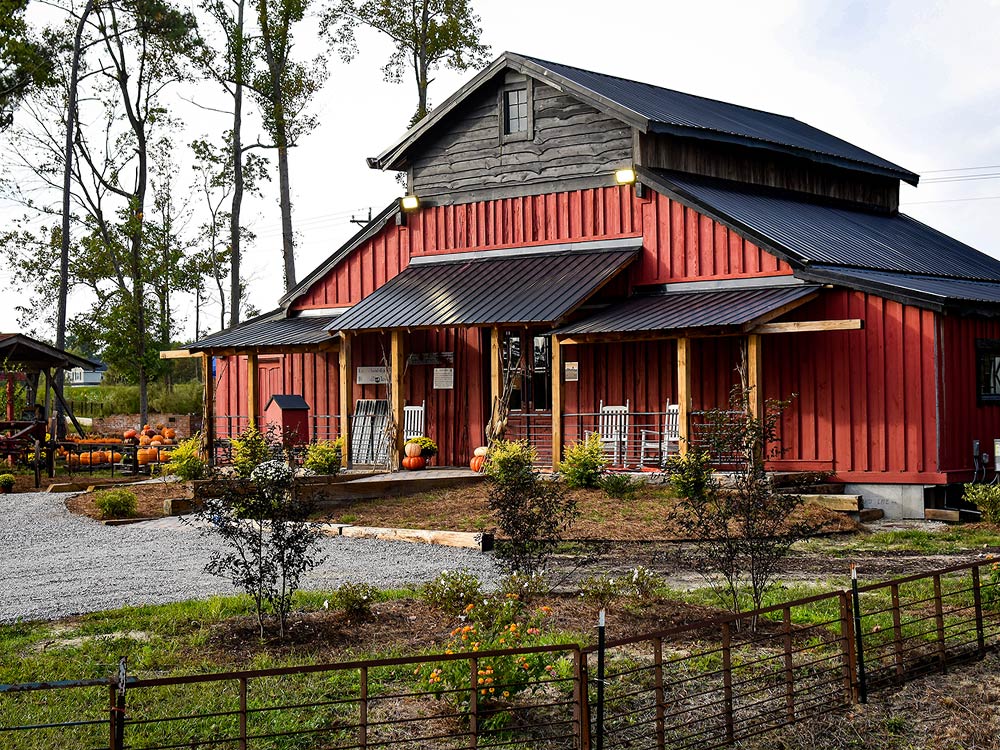 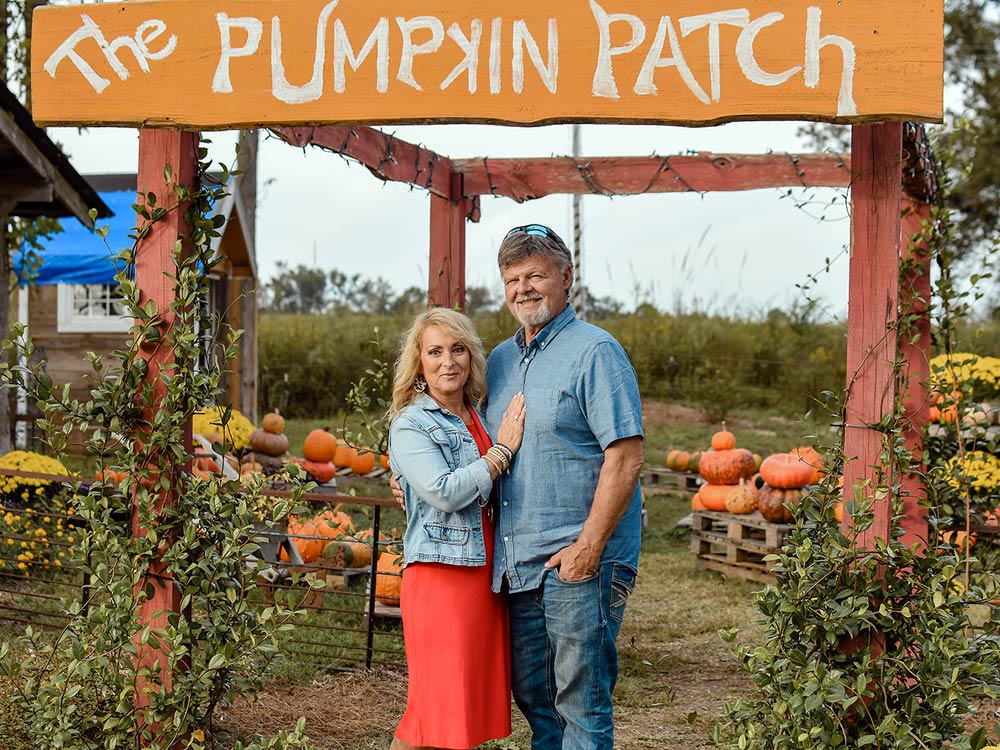 Throughout the year we offer several wholesome activities for you and your family to enjoy such as farm tour hayrides, a fall Pumpkin Patch, fresh cut Christmas tree lot, and dinner in the field. We also host birthday parties, corporate events, weddings, and more.

Being an agritourism destination to attract visitors to come and see our working farm in action and learn about where our food comes from and how it is grown.

We will educate our guests about the importance of supporting local sustainable organic agriculture, preserving farming lands and the agricultural heritage of Burgaw in Pender County, and the surrounding communities of Duplin, New Hanover, Bladen, Onslow, Sampson, Brunswick, and Columbus counties.

"Everything is Better on the Farm"

and our goal here at Humphrey Farms, Inc. is to provide a place with a wholesome atmosphere for our customers and community to enjoy for generations to come.

In the fall of 2012, Robert and Gina Marasco moved back to the family farm to help Gina’s parents, Charlotte and Jennings Humphrey, in their hog and cattle operation named Humphrey Hog Farm Inc. Gina’s parents started raising hogs on this farm in 1968. Gina is the fourth generation on this farm and was raised here, grew up here, went off to college and started a family shortly after. Upon returning to the farm, Gina and Robert went to work to help keep the family farm alive and well.

While traveling the farm a few years ago, Robert caught a glimpse of something in the trees. He took out his machete and began clearing a path and discovered a hidden gem amongst the overgrowth. It was an old tobacco barn that has been on the farm for over 100 years. Robert thought to himself “this would make a cool store” and a new journey began. Robert drew a rendering of the proposed renovations for the barn we now affectionately call the Trading Post.

In 2017, we updated our name to Humphrey Farms Inc and incorporated a sawmill into our operation. It is called the Sawmill at Cypress Creek because it is situated on the west side of the farm right beside Cypress Creek. Because of this addition, we have been able to mill all the lumber needed for the barn renovations. The east and west lean-to sheds had to be reconstructed and of course, Robert put his “flair” into it and modified the design to be able to withstand the test of time. These will be the spots for our fresh farm market, art and woodwork gallery, as well as art classes and needlepoint classes.

In 2019, we transitioned out of the hog business and focused our efforts on diversifying our farm into other areas such as the sawmill, cattle operation, the agritourism piece which includes farm tour hayrides, the fall Pumpkin Patch, fresh cut Christmas tree lot and the Trading Post where our customers can enjoy a cup of locally roasted coffee while shopping.